WE WORK WITH PASSION 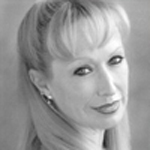 Glenda Carhart is also founder and Director of BRAVA, (Ballet Resource Active Volunteer Association). Ms. Carhart is a native Californian who received her beginning training in Riverside at Riverside Ballet Arts (formerly Mary Lynn’s Ballet Arts). Ms. Carhart left Riverside at the age of 15 to continue her training on a full scholarship at the school of the Harkness Ballet in New York City. The following year took her to Toronto, Canada on scholarship with the National Ballet School. She joined the National Ballet of Canada, performing her first professional roles in Rudolf Nureyev’s Sleeping Beauty at the Metropolitan Opera House in New York City.

While at the National Ballet she performed in Edward Villella’s Harlequin for a nationwide CBS Television special presentation and in full-length productions of Swan Lake, Coppelia, and the Nutcracker. She was featured in Serenade and Offenbach in the Underworld, and gained experience working with top professionals Mikhail Baryshnikov, Peter Martins, Fernando Bujones, Erik Bruhn, Rudolf Nureyev, Rudi Van Dantzig and Celia Franca.

During her tenure with California Riverside Ballet Glenda was responsible for providing educational out reach programs to over 130,000 elementary school children in the Inland Empire area, directing David Allan’s annual production of the Nutcracker and developing creative opportunities to a number of emerging choreographers.

Glenda brought Mr. David Allan, former partner and colleague to Riverside in 1991 to begin mentoring and performance programs to aspiring youth. Glenda resigned from California Riverside Ballet to pursue her dream of the newly formed non-profit, BRAVA, (Ballet Resource Active Volunteer Association). As owner and Director of Riverside Ballet Arts, and proud supporter of BRAVA, Carhart directs a faculty and staff of up to ten professionals and an enrollment of approximately 300 students. Ms. Carhart’s commitment to excellence, over the last 35 years, has provided the foundation for her students receiving scholarships to the most prestigious Ballet company schools in North America. She has continued her own training as a teacher through workshops with National Ballet of Canada and is a certified trainer utilizing Pilates based techniques and apparatus.

buy design
get in touch